It's 8.14AM here, in Copenhagen, and your show is making my morning! 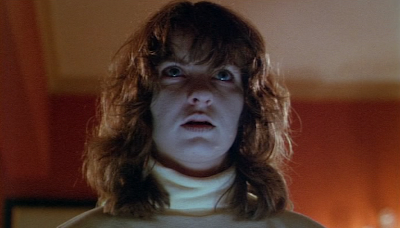 Some people wake up with The Castle, some drift off to dreamland with it, and a great many others don't listen at all. I would never want to do a show that was everyone's cup of tea. Where's the fun in that? Still, life on the eternal fringe does get disheartening.

My 98 year-old Grandmother passed away this week, Evelyn Berger, and my prevalent thought at her funeral was, "she accomplished so much, she touched so many, and then quietly moved on to a better place." Were that I could live such a fulfilling life. Evie spent 22 days in jail for something she believed in, back in the 70s, whereas I, her wretched spawn, just about manage to get off the couch once a week and do this radio show, for a few hundred very appreciative fans, one imagines. That's something, I guess. Doomed to a life of purgatorial obscurity—but dammit, I wanna make my big fuckin' mark as well.

Then, at Evie's funeral, I heard the Rabbi say that one of my Grandmother's biggest regrets was that she didn't start teaching until she was 50. Fifty! So there's still hope then, for me to be the ambassador of the dark for all. My humble goal—to unite all horror film- noise- and black metal-heads, a global occult-Kosmische community, gathering more members as it rolls, until all the good-time pop people are forced to respect us, accept our work as art and valid human expression. Fuck the haters—we will roll over them like Emperor Caligula's head-mowing machine.

Lots of citations on the playlist this week >>> the great and mysterious ensemble Cadaver In Drag, Brown Angel, Raspberry Bulbs (live appearance on The Castle in June or thereabouts), Hell (what a seriously great fucking record; Hell II coming soon on vinyl from Pesanta) and the eternally great Hex Breaker Quintet.

I give credit where credit is due, and thanks must go to Todd -Husere Grav- Watson for turning my attention towards Sole Survivor, basically the same tale as Carnival of Souls, but told in sci-fi supernatural 80s creepoid style. A still from same adorned our playlist this week, poor Kristy, post-zombification, and you can click on her now-bluish countenance to hear the full 3-hour archive of this week's horrorcast™, as well as view the playlist.

Next week, my very special guest and co-host will be Mr. Jeff Conklin of East Village Radio's Just Music show, likes him some noise and metal too, he does, even though he's a FREAKIN' HIPPIE. Luv ya, Jeff, see you all next week.