The devil's in the disc spins! 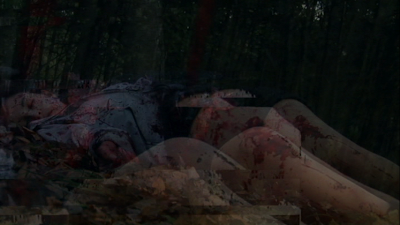 You'd think that after last night's "blod fest" I'd be spinning some wicked Actuary jams in my head or something, but no—it's George Harrison's reggae-to-pop remake of "Got My Mind Set On You"; and that just goes to show that our minds tell us what's on the subconscious hit parade for the day. And this one's for, well, you know who you are. And with that fancy-ass motorik fireplace-lounge, I'm sure the ol' Dark Horse had a "whole lotta spendin' money" to part with.

And with what felt like bone-brittling sub-zeros outside, my motivation was uh, not at its highest, but I know enough to know that winding my Aston Martin up that wildly s-curved, treacherous hill to The Castle, and tickling the iron tumblers with that big iron key that opens those sliding stone doors NEVER fails to satisfy, on all fronts, and after blowing the dust off of the many vitriolas in house I was ready to roll.

Type O Negative—yes! Some appreciation for the classics. What else? That great Open Grave CD I'm finally catching up with; so much so that we heard two tracks off the monster; the mysterious Saat cassette, The Quantum Consciousness (no Encyclopedia Metallum or Discogs entry, really? Now that's some fuckin' mystery!); Mastery (whoo!) from the while-back doppelzimmer-CD on tUMULt, nothing short of...; Sovereign, that rum-swilling Brazilian, the kleiner-pitchfork toting black-metal-mensch-of-all-mensches; Nuclear Hellfrost, also on the alcoholic tip (name-your-price d/l at that link); and the due to form on that today new LP by Lightning Bolt, for damn sure, Oblivion Hunter!

If the My Castle of Quiet programme weren't so much damn FUN for me personally, I wouldn't be doing it, so there you have it; sometimes the darkest of sounds make for the most-pleasant of bedfellows. I heard the call, and it said "NeatNeatNeat!"

Not much to add at this juncture, except to say that the weekly parade of captures from V/H/S is by design, not out of laziness, simply because I find the film, and its barrage of shaky-cam imagery so damned compelling, and even Netflix had the sense to put it in the "Visually-Striking" row.

...And also to add that I'm pumped up for The Castle's return to live music programming in two weeks, with a visit from Chicago's-own Delirious Insomniac, Mister Fuckhead himself, Arvo Zylo, whose set promises to push the boundaries and rattle the double glass on WFMU's fourth floor (bobby pins, and ... dog kennels?)

Thanks as always for tuning in, and for your enthused and (occasionally) illuminating commentary. Click on Wendy "I GOT YOU!," to reach the audio archives, playlist, and listener comments for last night's horrorcast™.

Also up this week, on WFMU's Beware of The Blog, after a longer-than-usual delay on my part, our late-October 2012 live sessions with both Chicago's mightier-than-John-Henry Sun Splitter, and hometown boys-made-blackened-good Yellow Eyes; check out these very enjoyable performances for stream or download to have and hold.

Posted by WmMBerger at 11:58 AM No comments:

You took the right turn at the crossroads :D 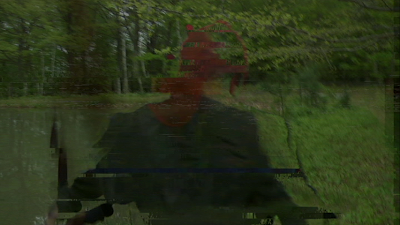 Things I've learned~The image of David Bowie "catch(ing) the paper boy" is patently offensive, especially when it ultimately leads up to his put(ting) his trust in God and man." The issue is not whether "God and man" deserve your trust, but as to whether the paper boy checks your nickel with his teeth, says, "thanks, Mister!" and you go away to college, or decide to stay home to be closer to your friends, pot and beer. Guess what? There was plenty of pot and beer AT college, you didn't know, and Josie's on a vacation far away, anyway. The broad bells of your sunshine-yellow zoot-suit pants glanced against some dog shit, and the dream was partially lost regardless.

That's why the killer in the woods who can't be seen / captured on camera, not because he lives in some fantas(tical) world / alter-dimension, but because of Okocim's Razor (which states that if you're drunk enough, even the path of the fewest assumptions cannot be walked "straightly") and why they always look at the husband/boyfriend when a woman is killed. The answer is usually right there, and most people just plain don't pay attention. Figuring out this simple fact will put you one step further on your path to becoming a serial killer. (*ding - now flip the tape over to Side B.)

And another thing, it was so much more FUN trying to sort out song lyrics, when one couldn't just go online someplace, and find the basic, skeletal truths right there for all to see. I vastly prefer my version of "Surfin' Safari," to that of lyrics365; again, funnier. Mistakes are good, and in the World of The Third Mind, are not mistakes at all. (Tomorrow, I'll be hating myself, and measuring out rope to hang myself, so I want to get this all down now.) It's kind of like the way "50 Megatons" is always so much harder in my mind, than when I go back and listen to the actual record; limper dick. Are you getting any of this? I realize in the broader sense that these are all abstractions, but there are no mistakes when all is accepted as possible. And that's another thing, where does the "Doo-Dah" go in "The Bonzo Dog Band"? I don't wanna know—don't tell me! "IT WAS A 60-MEGATON! Bum-dee-dee-bum-bum, dee-dee bum-bum...." And some will yet respond, "Are you okay, Bill-man-dude? Measuring rope? That's kind of creepy." Please don't; I'm o.k. And I'm not suggesting that you don't care, either (as in "once you care, you're FUCKED"—the title of this week's show; I need loved ones who are concerned about me, like everyone does, as much or more than the next guy) I'm suggesting that you care, when and where, if I may be so bold.

Any new business? Ah, the business of this week's radio programme! Black Keys (inevitable); Satan's Satyrs (really '69? No, but it's okay.); IDES (continuously, yeah! wait for that live set, it's a round winner!); Whitehorse; Death Convention Singers (Raven, that record is great!!! Better every time I listen); and lastly, but with the quality of a full-sonic meal, SIST EN 343. Holy shit.

So what have we learned, beside the fact that I'm not an educator, and that Kristen Stewart was not put here on this Earth for you, buddy boy (maybe if they ever remake that early 90s angel-in-the-pool movie)?

Thank goodness and the gods of creativity, that someone thought of a killer that cannot be "captured," get it? ... in this day when everyone has a portable DV recorder, or at the very least a phone. Bee stings at the bottom of this page? "But I'm allergic!"—meaning "you're allergic"—not my problem.

Please click on our elusive, short-wave knife wielder to reach the accuplaylist, audio archives, and comments board for last night's horrorcast™ Thanks for listening to Joaquin's Rotogravure.
Posted by WmMBerger at 1:59 PM No comments:

Soaking in every second!

...and I try to do the same, Rory; though usually it comes in the afterward, when I'm enjoying the archive at my leisure. In real time, it's a lot like a "gig," in that I'm too wrapped up in the doing to experience the show while it's actually happening. I imagine that the vast majority of my WFMU colleagues would say the same. Indeed, it "came without a warning." ...Like playing two "Unholy" artists in a row, a mere happy accident.

Experiencing my own personal D.C. hardcore / Dischord / Bad Brains renaissance here at home, as was reflected in our first set; that first HR solo LP is always a winner. And though playlist comments were light, that mini-triumvirate that started us off, featuring Scream (pre-Dave Grohl, Dave Grohl, Dave Grohl), inspired one listener to chime in, and posit that we were perhaps college roommates in 1986; hehe, a few years late for me, but I appreciate the sentiment. (I forgot to bring the Void, damn,)

"Consider the minority opinion," said Martin Sheen's Charles Starkweather, among several other, wise, isms. I wonder what ol' Charlie would think of today's heaping trend towards passive aggression in our society. It came today quite literally heaping, in the form of several, healthy piles of dog crap on my lawn. Bang-bang, Chow-chow; may these bullets circumnavigate you and square on your owner. One doesn't escape assholes upon migration from the city to the suburbs, their terror is only experienced in an indirect, and wholly not-preferred form. At least city folk tend to look you straight in the eye when they dump shit on your lawn.

Following the Starkweather lesson, we hit the brakes hard, as I was determined to deliver Sistrenatus in the first set. The pedal returned to the metal though, for the patient...this is WFMU, after all, and meeting too many obvious expectations would spoil the fun. Unholy, Graves and Archangels, drove while we cracked a window and fought off carsickness.

Also in our first set, and noted on the playlist, was Dead Peasant Insurance, a disc I'd been sitting on since August; a mighty, mighty large-ensemble, controlled-chaos assault that's worth digging for; if I could recall even the name of the guy I traded with for it, I'd surely share; even his solo-noise project name escapes me. It wasn't Wyatt "Skin Graft" Howland, who's also involved in DPI, but it may have been the other fella leaning over the case of effects in these photos. Still, a little mystery is nice, even appreciated, in this age of immediate information delivery. Everything is entirely too damn easy, and we'll eat cake, and continue to eat cake. The revolution not only won't be televised, it will have to wait until we've all updated our Facebook status, and / or tweeted about thinking about starting a revolution, and until that tweet has been re-tweeted, and finally, twatted (™King John.)

...I'll be back on WFMU tomorrow night, for a short stint from 9 p.m. to 9:45, spinning some decidedly non-Castle-type music; if you're curious, and near your computer, smart-device or radio, tune in and see/hear.

Click on our willing participant above, to reach the audio archives and playlist for last night's horrorcast™. I'd single out some of my own playlist favorites, but in truth, I really do like it all, a whole hell of a lot; if pressed, I'd say Whitehorse-Evilfeast (that looks like a heavy invisible axe; oh, how these black metalers suffer for their photo shoot)-Bereft-Astarot-Teatro Satanico-Spettro Family-Aglare Light-Slumber Room-Pink Sexdeath, and that's a whole hell of a lot to hyperlink, I'm Friday-lazy, so have at it, it's but a search engine away...no more digging through those dusty/filthy crates unless you want to; you don't even have to ask the fat guy.
Posted by WmMBerger at 2:41 PM No comments: