Understood it may not always connect, but trusting it will connect. 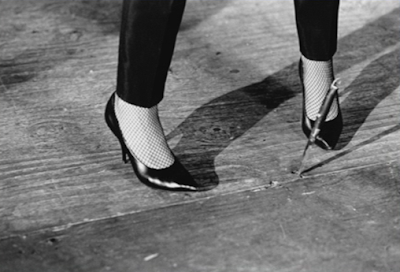 The shortest of nods today, as tomorrow, I go "under the knife" for real, in the early a.m. ...

Standout selections from Basarabian Hills (the pastoral and the black) | Scorpion Violente (their new 12" EP a mix of Giallo-film and Suicide essence) | two songs from They Feed At Night (thanks to Bobias B. Borris for the recommendation!) | a classic Warsaw track | new Jute Gyte | new Blue Sabbath Black Cheer Witch Hunt 7" | Sick Llama | new music from The Gate | Fire-Toolz (!!!) | new Richard Pinhas ...

Listeners seem to appreciate the expanded, perhaps more-adventurous horrorcast™ playlists that have honestly just naturally occurred in more-recent months, that "Quiet side of the Castle" traditionally reserved for our last hour, and sometimes receiving the greatest accolades, I'm spreading out that material more intuitively, trying to roll forward with what I really want to hear in the precise moment, worrying less about genre blocks.

Hope you like our playlist-topper image this week, not a screen capture, but a b&w production still from The Loveless (1981)—one perfect little moment not actually in the final film. Katherine Bigelow's first feature is most often discussed as an homage to The Wild One; for me, I see nods everywhere to Anger's Kustom Kar Kommandos and Scorpio Rising.

My Castle of Quiet returns in two weeks; thanks as always for lending your ears.

Posted by WmMBerger at 8:32 PM No comments: Links to this post

it scared me. But then the fear turned into love 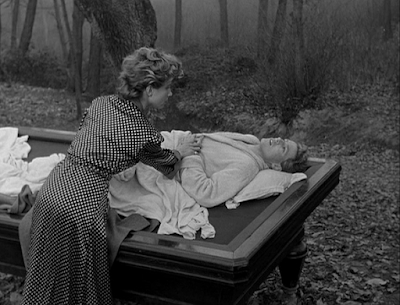 This week saw a Cabaret Voltaire-minded opening, the premiere of a new Kenneth Anger / Brian Butler's Technicolor Skull track (tape out on Walpurgisnacht from Arcana Machine), new Rope Sect, old Sixx, new Snakehole, and Bauhaus holding up exceptionally well as it has. More new Cult of Fire and Black Cilice, Vanyar, Deathgod Messiah and Barghest, and unearthed greatness on 7" from Curved Blade. New Skullflower (!), Jason Lescalleet, and krautrock dreams with Planes rounded off our last hour.

Still in ill health, I remain not terribly verbose, but I can tell you these:

1. What to know about the Unicorn frappucino at Starbucks? You can't get one. Not at any location I tried. Starbucks is poison; don't go there.

2. From theoretical poison to real poison, a new study shows diet soda TRIPLES your risk of stroke and dementia. I told you so. Have a little of the real thing; always better than a frivolous dose of the laboratory-derived imitation.

3. Dollars to donuts the Paris shooting was perpetrated by a follower of Islam.
I-I-I-I-I-S-S-S-S-L-L-A-A-A-A-M! "The Religion of Peace," the only one globally that still kills people in its name.

4. Someone should do a double-feature screening of the great Living Doll (from 1990) and Love Object (newly added to Shudder.) Trailers below.

Posted by WmMBerger at 1:14 PM 10 comments: Links to this post 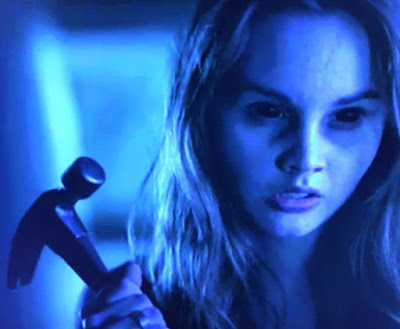 Much obliged to IDES, who brought a more intense/focused version of the band I loved just as much in 2012 (their first appearance on The Castle); their songs and arrangements are great, their fury and sheer enjoyment intense. I only wish I could have provided more room for singer Jillian K. to tear it up! Treat yourself to their late 2016 cassette & digital album Born To Run In Place, and keep an eye here for upcoming live performances.

Other than our live guests, horrorcast™ torrid treats included a new track by Pharmakon, from a great new album on Sacred Bones |  new Cult of Fire, an Untitled EP and probably my favorite work of theirs to date | ...more new black metal from Ride For Revenge | Black Cilice | Verwoed | Curved Blade ...

Rounded out our three precious hours with two new experimental releases; selections from Lea Bertucci's great All That Is Solid Melts Into Air, and Incapacitants' Survival of the Laziest.

This post comes two days late, as I spent most of Wednesday and Thursday couch- or bed-ridden, in pain, not your problem but by way of explanation there it is; I was pretty much incapable of doing anything. Now I know what people mean when they say, "at least you've got your health." Is that idiom ever really appreciated until one doesn't?

Other than that, my viewing week included several pleasures, mostly thanks to the Shudder streaming service; an oddball, low-cost-but-very-enjoyable sex-doll fetish horror/drama called Love Object (with none other than Rip Torn is a supporting role!), and if you want to be scared, and I know you do (so rare for me, and a distinct pleasure for me when a movie can get under my skin), see Hostile, a Frenh film from 2015; both trailers below.

Posted by WmMBerger at 1:18 PM No comments: Links to this post