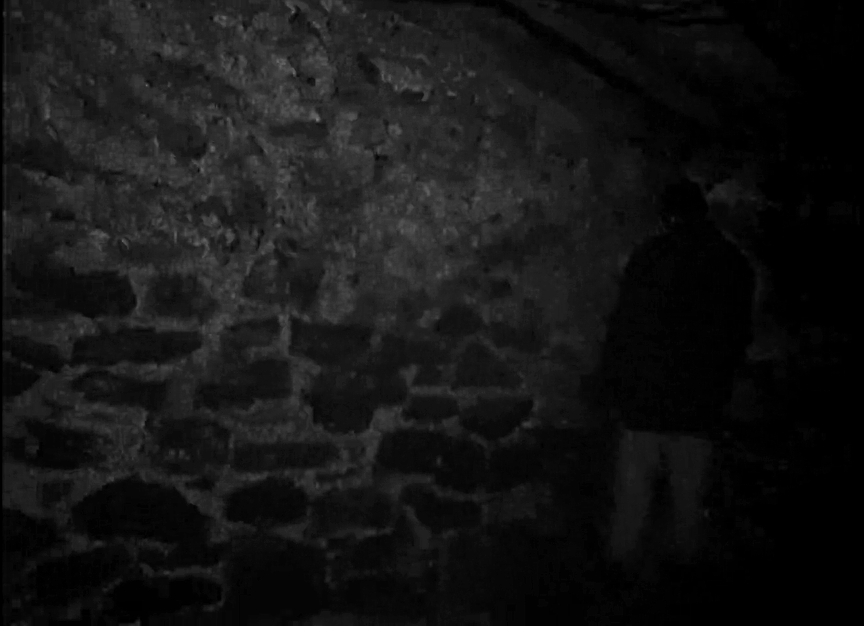 Posted by WmMBerger at 4:15 PM No comments:

Labels: my castle of quiet

Indeed, SiHV, so much so that I often don't have much more to add. These little, self-imposed, look-back at the week's show posts; sometimes I honestly forget to do them, esp. with the fact that WFMU diligently archives everything in the already.

But here it is; sometimes I think it need not be more than a linked picture. Going, way, way, back, to paraphrasing an obscure DJ-Irwin quote, I often have not much more to add than the fact that I gave "good ball club." On the other hand, if I've a LOT to say, at any time, on any given thing, here is where you'll see it.

Great special programming coming up on My Castle of Quiet, with Seed Stock guest-DJ appearance #3 on 1st/2nd April, and Future Death Toll LIVE on 4/8-9.

Thanks for listening! ...For info on our screen capture this week, see the internal playlist-comments discussion.

Posted by WmMBerger at 9:32 AM No comments:

plz help i have no idea about this fm 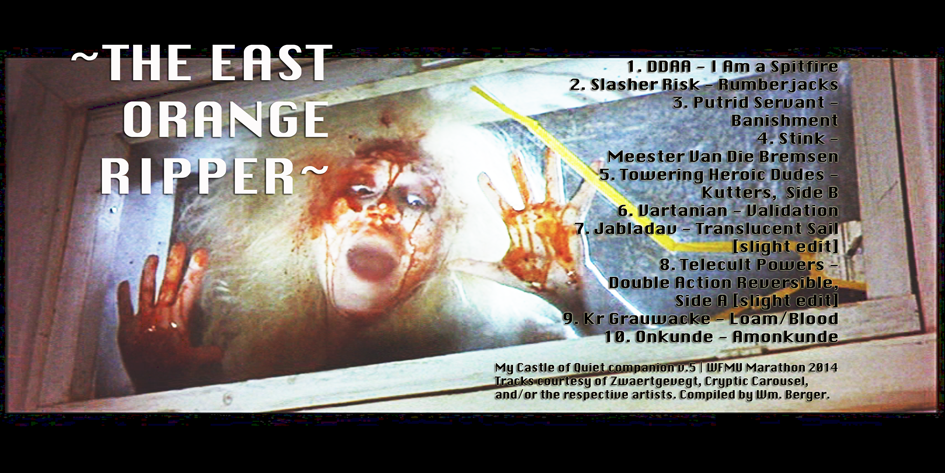 Me neither, fella! I have South Park's "Fingerbang" playing on an endless loop in my head, not really your problem, or your fault; except to say that this week's show was a huge FINGERBANG of three hours of fundraising, like that perfect FINGERBANG we all so often dream of. And even though I completely FINGERBANGED my voice at Hoof 'm' Mouth practice (not singing "FINGERBANG"), Stan and I carried it, and brought it home, much like a good FINGERBANG, with a $3,178 plus change afterglow. THANKS TO ALL THE CASTLEHEADS WHO SO GENEROUSLY DONATED; many of you will soon be enjoying this year's My Castle of Quiet premium CDr, NOT ENTITLED FINGERBANG (see above.)

I don't quite know what to say, I'm moved, much like the satisfied feeling that lingers after a good FINGERBANG. Ooh, explicits. Satanic Dystopia sang "fucking" (as an adjective) quite so many times, that it lingered dangerously close to losing its impact as a cussword. Oh hell, it did. But at least we still have FINGERBANG; we'll always have FINGERBANG.

I know it's a good show when I wish I were at home listening, and winning prizes like the edition of 5 (they now tell me) of Death Factory's Chilling Impressions. I'll either beat the leukemia or I won't, depending on which Lifetime movie we're using as a reference...you never hear anyone say "FINGERBANG" on Lifetime, noooo Sir.

You all earned yourselves a good three hours of nearly no talking whatsoever, next week, and at least a serviceable FINGERBANG; for the girls and Gays, it's getter's choice, as to which finger and which orifice. Personally, I just need a good, deep scalp massage. SOOTHE MY ROARING HEAD. You asked if there was "anything you could do," and though I know it's just something people say as they're on their way out the door, I am free in that situation to call you out, combining the words "White Castle" and "vegetarian" in a single sentence, HA!

My son discovered The Residents this week, so in my absence, will someone in SF just go to Minna Ln., hang out for a minute and do a little happy dance? If you happen to see piles of mail garbage, look for a piece addressed to "Residents" or "Resident," and then STOP because this has all gone way too far. Still, it's cool when your kid discovers something that bizarre and culturally significant all on his own and then chooses it.

So what happened on the playlist? New and old friends said "hi," the gang was pretty much ALL THERE. ...Praise for Nuit Noire, Carter and Murano (Castle session), and Death Factory (Chilling Impressions just really is that goddamn good, like Mister Softee.) I had my bearings, despite my shredded rasp, and I think I gave good show as well as conducting a successful marathon show. Not so much last week. But maybe Mars was in retrograde or something. Thanks goodness I got rid of "FINGERBANG," somewhere during the course of composing this post. Whew!

Check you out next week, business as blissfully usual; lots of great live music and special programming to come this season on MCoQ.

Posted by WmMBerger at 6:50 AM No comments:

That fucking tuba! ... We german freemen and women pledge for freedom and WFMU! 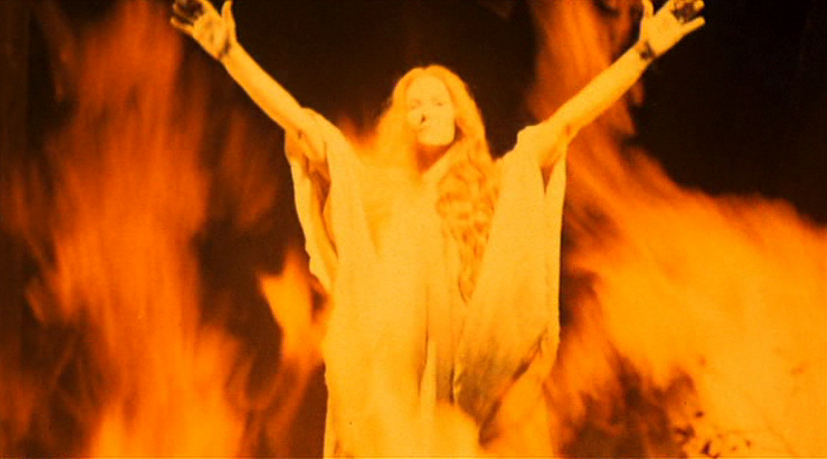 Appreciation for: Dan Peck's Solo LP, and the Telecult Powers track from this year's Castle premium CDr, The East Orange Ripper. Thanks also to Jason S. for co-hosting, and DJ Deep Creep for volunteering.

Did what I usually do, offered great prizes and reasons aplenty, without overwhelming everyone with talktalktalk (though a lot more talk is necessary than usual.) This coming shift HAS to be BETTER than last week, though, just sayin' - somehow the tried-and-true methods were not quite bedazzling, thought THEY say week #2 often exceeds week #1, this has not necessarily jibed with Castle history.

Make NO mistake, I appreciate every penny, but would also like to see MCoQ make a better-than-decent showing, just on a personal level, and also to support the mothership, WFMU. (I peeked, so I know we're starting this week off ahead of where we ENDED last week, thanks to Dave K and several others!!!)

So, all those appreciative folks who write to me, and post to the playlist saying that The Castle is their favorite show, PLEASE do us a solid, and donate something tomorrow night @ midnight, where I'll be reunited with my old Thursday-night compadre Stan. ...And here's that pesky pledge widget again -
Posted by WmMBerger at 1:51 PM No comments: