cos i've burned that butter with ya babe 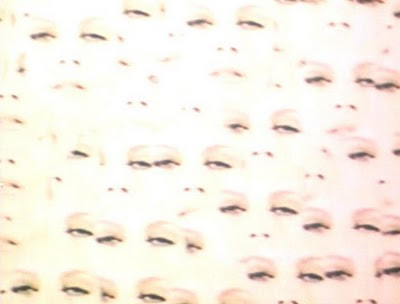 I AM THE PLANET-EATER.
WILLIAM WINDOM GOT NOTHIN' ON ME.
You desire too much. Where is this coming from? This anger? This discontent? You got a pretty good deal. You got Metal Rouge to play on your show, that fucking killed.

I WANT MORE. I WANT EDITH. AND A CAKE.

They are listening, all of them. You are neither good, nor bad. You just is, and if 33 people are paying attention, you're doing better than a lot of folks. You're playing black metal and noise on terrestrial radio for chrissakes, so get a grip. Put that thing away. For now.

Weird playlist; not too much yammering about the music, but movies instead, and that's fine! Part of what I'm here for. Any chance to praise Christopher Lee's Mummy, and the song from The Green Slime, I will take. Some comments were also spurred by Walter/Wendy Carlos, Sewer Election and of course our special guests.

Metal Rouge were simply awe-inspiring. The more I hear their sets, the more I get lost in them. I also hereby publicly call for a Caitlin Mitchell / Greg Fox collab record. Hell, I'd put that out!

Metal Rouge's sets will post as mp3s to WFMU's Beware of The Blog and FMA next week. For now, you can click on the image above to get to the playlist and audio archive of last night's horrorcast™. (My apologies to the band for flaking on the usual pre-show promotion at this very site—the 33 people did not see it; I'll make it up to you in gregarious post-promotion!)

I'm telling you though, stop looking at her—she is not never going to fuck you.

Posted by WmMBerger at 4:45 AM No comments:

I claim the headline for myself this week, I do. Pride cometh before, after, and during a fall. I enjoy starting off with a good, solid blast of hard stuff—think I'll keep doing that. And much like the awareness created by LSD—Sally has been downtown, seen her baby with another girl, and this cannot be un-learned. The saddest thing in the whole wide world.

Slick, slick like blood on reinforced, soundproof glass. If I had me a loaded "herwon" needle, I'd stick that spike deep into this pain in my solar plexus, and plunge away. Every day is a new day to "make things right," right?

But enough about me. This is my ascension, and my inevitable flutter down, and I think you all get that, by now. Ha!
Beloved Castleheads, I live for thee.
You lived for WOLD, NO TREND, Aanal Beehemoth, the mysterious JAM picture disc on Breathmint, Mesa Ritual, Grace Slick & The Great Society, the new Grasshopper on Pizza Night, and Hoor-paar-Kraat.
Sweet Laurel-Ann, she's pretty much done for. She spoke, she listened, whatever—sometimes that is all it takes. Words kill. Click on her voided eyes (before she hits that glass a few more times!) to access the playlist and streaming audio archive of last night's horrorcast.
Posted by WmMBerger at 5:01 AM 2 comments: 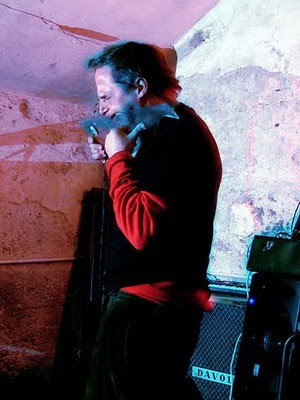 Then tomorrow night, at Port d'Or in the Crown Heights section of Brooklyn, with Solypsis, Terrier (Bob B. & yours truly), Cruudeuces, and the great ISA Christ. I'll also be DJing between sets (only Lucifer knows what; what do I play between these acts? Certainly not fucking noise!)

New on the Free Music Archive --- Judenfrei, live in toxicity.


Collaboration btwn myself and Joshua Slusher of OPPONENTS. Decent live recording. More to come.
Posted by WmMBerger at 11:22 PM No comments:

listening in & waiting to get punched into sleep. 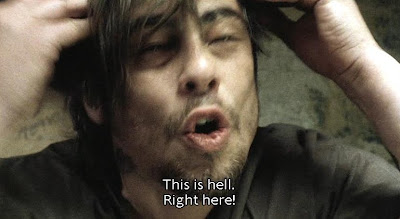 I'm waiting to get punched into sleep, too, c lav. Hopefully, the dirt nap of my dreams is right around the corner.

What's with this summer? Never before have I had a season more filled with snotty, sarcastic emails, rude, harassing phone calls, confrontational drunks, sad late-night text sessions, and challenges in general to my honesty, good will and personal sense of safety. The mail doesn't come anymore, and a Newark-style, indiscreet drug operation has taken root right around my suburban NJ corner. It's the end of the world as we know it, and I feel like taking down a whole bunch of carbon wastes with me, so watch out. Once pricked, I'll just start gnawing. And blasting.

Bitching session over, there has also been SO MUCH GOOD, as much as the belligerent trolls, and the inflammable herd, try to take even that away from me. Not least of all that good has been the incredible, continuing, bi-weekly live music sessions on the Castle, and MjolniirDXP and Epileptinomicon delivered in motherfucking SPADES. "The History of Horrendipity" indeed. "Yog Sothoth!" I will now ceremoniously eat the eyeball of a dead, mad nun in homage.

Much Castlehead love was thrown the way of my special guests, and deservedly so. Also --- listener dw's crushing Skulleraser project blew more than a few minds...and I sincerely hope that you were all screwing at midnight, sweaty lumps of skin and muscle, biting and cawing, to Wicked Rot's "The Rotten Flute"—as there is no better soundtrack. Astromero also dazzled the faithful (those fuckin' CDs have destroyed me—why go on?!)

I am Jack Jordan. I am also Cristina Peck, and Paul Rivers LAMF. But these are other stories, for other times. Jack's anguish will take you with a click to the playlist and audio archive(s) of last night's horrorcast™.
Posted by WmMBerger at 2:10 PM 4 comments:

The Amorphous Drag of the Old Ones; Friday the 13th Bash with MjolniirDXP and Epileptinomicon 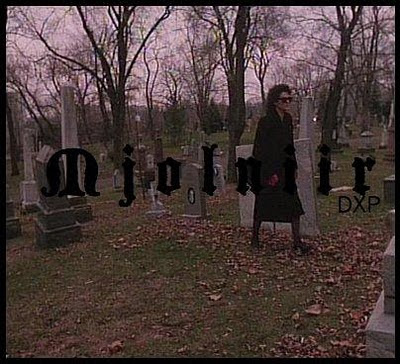 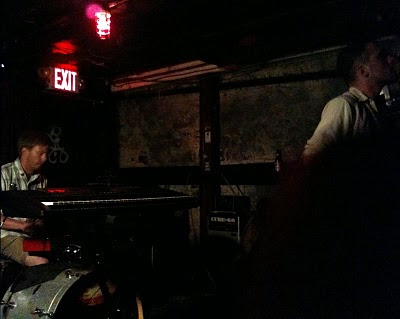 If anyone ever made rumble to score a dance party for Lovecraft's Old Ones, Mike Reisinger does. Tales of a set to remember at the Aquarius Recs./WFMU SXSW showcase led me to the Epileptinomicon CDr, Changeling House Summer—a lurching, sub-fi epic of basement gloom; an enveloping soundtrack to several nightmares, like German Oak taking five, while a sleep-deprived MB fucks around with their gear. Known as ECON for syllabic efficiency, the project has just released a new disc, "II," a work no less haunted, but of perhaps even greater subtlety and soul-exploration.

ECON's Reisinger visits the Castle on tour (from Denver, CO) with the duo project MjolniirDXP (with friend Zack Writer on drums and synth)—guaranteed to be ECON plus, with a slithery bottom end, live drums, more doom, and more loopy churn to support the amorphous drag of the Old Ones above. With one set each from MjolniirDXP and Epileptinomicon, this eagerly anticipated Colorado horror-rock, with hints of Chrome, film scores, and the LAFMS, comes "home" to My Castle of Quiet. 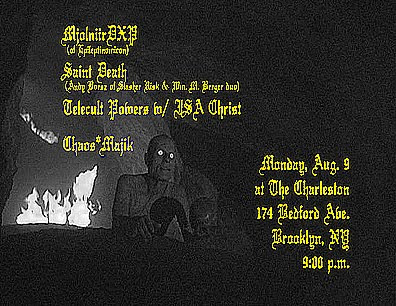 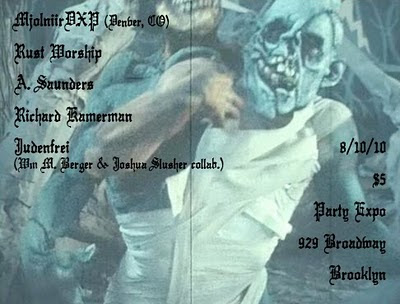 Two shows, tonight and tomorrow; info above.
Hope to see you!
Posted by WmMBerger at 5:34 PM No comments: 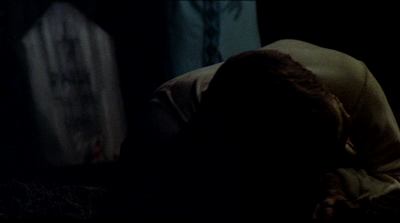 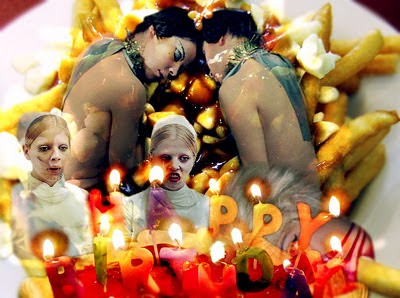 The Law of Attraction is so NOT BULLSHIT, just ask Andy's Mom. She prayed too hard—she prayed for real, and the candle's flame absorbed her desires and spat them back at the world. But it wasn't supposed to happen (see top.)

Either by the sheer and gradual momentum of doing a horror-oriented radio program on a popular radio station, or by being on in the late night, and thereby truly "reaching my public" (or a combination of both factors) I am now receiving 2-3 emails per week, and sometimes packages, from newly converted Castleheads, and I COULD NOT BE MORE CHUFFED. You people are amazing. You gore-munching, supernatural-mood-loving, noise-punk-black metal freakniks; I'm grateful for the appreciation and please keep listening! If I don't write back to each and every one of you, it is only because time does not allow.

Much Castlehead love on the playlist this week for Snuff, the Warsaw/Dead Kennedys couplet, Cursed, Scapegoat, and The Wizard of Gore himself, Herschell Gordon Lewis.

Andy should never have come back. And as his Mom looks on, he desperately, urgently returns to the earth from whence she called him. Sad, but not unbelievable. A mother's love can be most frightening. Andy, in his resolving throes, can still take you with a click to the streaming audio archive and playlist for last night's horrorcast.

Thanks again to Daniel and Donna...and bloody curds of flame and melted-wax thanks to Tracy for the unforgettably lovely birthday card (also above.) Next Week --- MjolniirDXP AND Epileptinomicon!!!
Posted by WmMBerger at 5:25 AM No comments: