or was it calliope ? 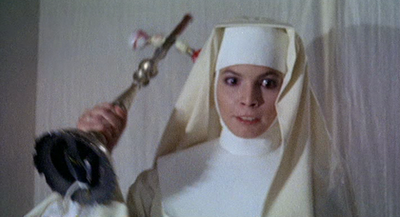 Last week a cake. (Black icing, mmmmmmmm) ...and this week, have a lamp. I like to be a giver when I can, and eeeeeeevery so often even when I can't... but in that, I imagine myself to be "less nice" than the average person.

(Listen to the guitar sound on that Moloch track, the stereo panning; there's a lot going on there. in addition to being a dirge, that song is a universe of electric vibrations, "head" and "hard" at the same time. That Time Life tape is always a joy to return to, as is early 70s Schulze!)

To be honest, I just don't have a lot to say lately. I mean, I believe wholeheartedly that the human race used to hibernate at one point in our development; who the hell wants to be alive right now, at this time of year?

My sleep is the best part of recent times, and my waking is the shaking off of bitter dreams, and me, I have a pretty okay life! But this time just feels like a grey getting-through, a warbling, waiting stage. I did see Enter the Void (thumbs up), The Girl Who Kicked the Hornet's Nest (thumbs sideways), Ti West's The Roost (thumbs way down; what the hell?), Fear X (thumbs), Ossos (thumbs way up), The Seventh Continent (uh, ow, stop bending back my thumb!) and The Disappearance of Alice Creed (I have thumbs?)

To collect your free lamp, click on the lady in white, a bride of The Lord she is. Were that they could all be mine, pre-lamp of course.

Posted by WmMBerger at 4:19 AM 3 comments: Links to this post

an upside down giant teacup, that sounds cool

First off, apologies for last week's needlessly downtrodden rant.
Have some cake.

It's all about the music; making those choices is what I do best, and I won't fail you or myself if I just go with that. Not that I'm overtly obsessed with failure. The proliferation of good, new music (even in the narrow field of genres that I traverse) makes that part of it easy. But sequestering oneself, at this time of year in New Jersey, with a pile of new things to listen to, is a joy, especially when one gets to share the resultant discoveries with a growing group of listeners every week for three hours.

I'm playing it straight this week, no alter egos, no cryptic tragedies. I've just been watching a lot of good movies, many of them on Netflix Instant Queue, another comforting winter-time activity. Some quick recommendations for you all (and forgive me, King John, if the original suggestions came from you; I'm sure that many of them did) >>> Meadowoods, Pusher I-III, Bubble, Valhalla Rising, Altered, In Vanda's Room, This Sporting Life, Behind Convent Walls, Curtis Harrington's The Killing Kind, The Cremator, and Butterfly Kiss. Oh, and the Danger Man / Secret Agent series box set has been providing much enjoyment as well.

Be well.
Hard times may be afoot, but there are always little joys.
They are not little.

Click on the cake to get to the party.

Posted by WmMBerger at 3:35 PM No comments: Links to this post

This will be a good day! 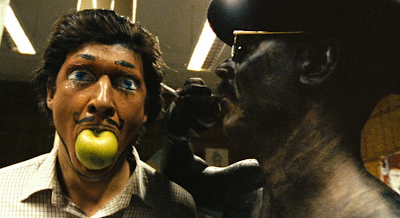 Deliberately place a living organism where it cannot receive any natural light, and it most probably dies. Does that make you a murderer? It is necessary at times for elements to die, like a molting, so that a "greater" organism (WFMU, let's say, just for example) can thrive. If you hand over the loaded gun, or the perfectly fashioned slipknot—are you the killer, or the gardener?

Covered in charcoal, Bronson eschews all friendships, all camaraderie, ultimately all support. Is he "wrong"? "Incorrigible"? Or, just realistic? He lives, as he dreams, alone.

Castlehead love, on a very lean playlist, for Kommissar Hjuler und Mama Baer, Luten', Kyle Clyde (soon to be our live guest, on the Feb. 3/4 show), and Leslie Keffer.

Other than these few words, I don't have fuck all to say. I had an enjoyable time putting last night's horrorcast™ together, and I presume that the 7 or 8 of you who tuned in, despite the complete lack of nostalgia and/or pop tunes and/or rock and roll (how did you manage?!) enjoyed yourselves, too. I'm back to me cell, back to soli'try.
Posted by WmMBerger at 4:24 AM No comments: Links to this post 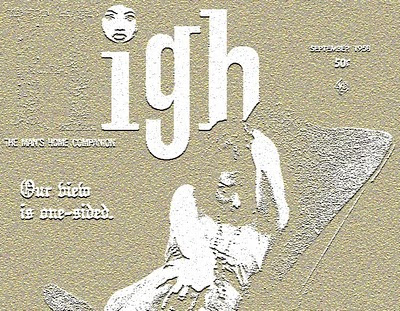 Plump, pleased, and honored to be invited to talk on the subject of Prison Tatt Records, play some new and forthcoming releases, and recite my grimy credo, with hosts Jeff Conklin and Casey Block.

Tune in to Just Music on East Village Radio tomorrow night @ 10 p.m. Eastern, where and when I'll be draping my noose with Jeff and Case for the full two hours.

I'll be running down our juicy list of forthcoming releases, and shouting out to Brooklyn, New Jersey, Philly, New Mexico, N'awlins and Tejas. Perhaps you'll even be inspired to crack open your browser and hit the site and sample one or both of PT's available releases.

Hear me then.
Posted by WmMBerger at 12:58 AM No comments: Links to this post

This is an unholy land. 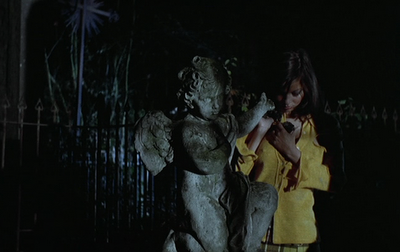 Indeed it is, Os. No holiness here. A bit self-righteous maybe. ("A BIT?" say the Greek chorus.) Hey, it's good to feel "got," at least for three hours per week, and know that I can do but very little wrong.

The Girl holds The Iron Rose to her breast (and yes, it was a bit chilly that night she and The Boy were locked in the cemetery), and hopes, for a day better than today, and a perfect love that will endure the ages and the rot, as the statuary, headstones and monuments have done.

Major, MAJOR praise for our live guest, Lussuria, who rendered the sound of the subconscious world, opaque and fraught with icy uncertainty as it is, in real time. Material from the full-length Garden of Seduction was featured, and some unreleased work as well. So pleased am I to finally have Jim bring his unique sounds to The Castle.

The comments board reflected my enthusiasm for Lussuria, as well as cheers for Curved Blade, Emil Beaulieau, Long Distance Poison and Creeplings (their MySpace photo by your author, pat, pat.)

So The Boy, The Girl, and The Iron Rose go down for the last time under the iron doors, and fresh posies from an old mourner seals the deal. Were they ever there? Did they actually die long ago, let out just for that one night? He was unsure of her intentions, but the embrace of lust eternal, rolling forever on the clak-clak of old bones, brought him in, and down, for the last time. Click on the picture to access the playlist and audio archives of last night's horrorcast™.

LIVE from Beyond the Darkness; Lussuria performs on My Castle of Quiet, this Thu/Fri. 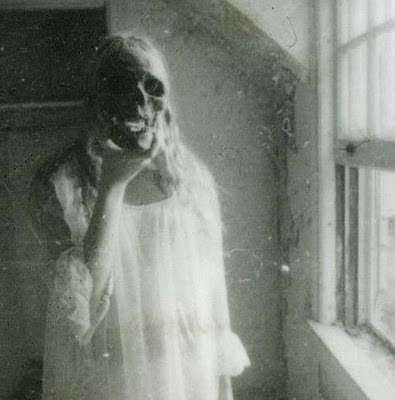 Having named his project after an ultra-obscure Joe D'Amato sexploitation film, Lussuria's Jim Mroz shares this writer's passion for the unusual, much-maligned and misunderstood subset of haunted, twisted, visually stunning cinema of the 1970s and 80s of which D'Amato was a major player. Even were this not the case, I would still have been taken in immediately by Lussuria's resonant, opaque sonic creations, coming out of Jim's mixer like coded maps of the subconscious.

I first heard Lussuria on a split cassette with Obscure, released by amourtout productions in France (the label run by Shantidas, of Aluk Todolo and Diamatregon.) It was my more-favored side of the tape—a patient, rumbling soundtrack to a nightmare, with an immersed narrative...something about angels.

Jim is an original member of The Forgotten and tour player with French black metal legends Celestia. The Lussuria releases (cassettes by Hospital Productions, amourtout, Destructive Industries, Razors and Medicine and probably others) are chilling stuff, even troubling—like listening to a feeling always just out of reach. Where some of Lussuria's contemporaries in the genre bring the heaviness with pedal-punching, screaming, and ear-splitting volume, Jim chooses the subtle route to your soul, like a dreamy, obscure film soundtrack, where what sound like murmurs, footsteps, death-organ drones, and fetid mausoleum winds paint the shifting audial landscape.

Lussuria creates two live, in-the-moment sets on My Castle of Quiet, just for the Castleheads.

Witness below a video I shot of Lussuria, live in Nyack, NY, this past November.

Lussuria from My Castle of Quiet on Vimeo.

Posted by WmMBerger at 10:42 AM 3 comments: Links to this post

Prison Tatt releases OPPONENTS /// Together We Will End The Future, for fuck's sake... 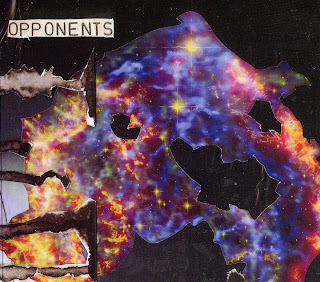 Every time I play this recording, I am blown away by the sheer power and professionalism of what these young men have done. This is a milestone in contempo electronics, and it's definitely not quite a noise record, and not quite a retro/Krautrock record, or a retro/80s/minimal-wave record, it's really its own thing, with elemental aspects of all of the above, and a lot more. The pro-mastering we did with Julian at On Air in Greenpoint really helped to make these tracks monumental, which consequently have the collective thrust of an "album," in the most traditional of definitions.
If I didn't have ~300 of these in my living room, I'd be clawing over hill and dale to buy one. Proud as fuck I am of this OPPONENTS record (PT 004, though it's the second Prison Tatt release to hit the street; look for another mind-blower, the T.O.M.B. Xesse one-sided LP, in about one month's time); lucky me that I got to release it—this shit really is the grail, so don't miss out.
I'll be selling these at the OPPONENTS show tomorrow night at Silent Barn (915 Wyckoff Ave., Ridgewood, NY) for $9, one dollar off the ppd price. Come out and you'll also get to see a flawless live bill, which also includes MCoQ favorites Two Years On Welfare, Long Distance Poison, Chmmr When Agitated, and Afterlife. I'll also be bringing along some of the last-remaining Grasshopper Calling All Creeps records, available only at this show for $15.
You may also purchase these releases, and hear song samples, using the paypal shopping cart at the Prison Tatt Web site.
Posted by WmMBerger at 10:09 AM No comments: Links to this post