SO GOOD THIS PLAYLIST! BRING THE HARSH 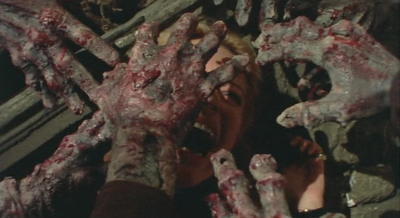 "You just caaan't believe me, when I show you what you mean to me. Confusion! Confusion!"

When I first came to WFMU and Upsala College in 1983, everyone, stalwart veterans of our airwaves even, were leaning hard on this new New Order single, and the endless remixes and versions. Wow! Even I, in my very un-jaded state, new to virtually everything, could tell that it SUCKED. I'd been listening to WFMU since 1979, and it was in fact this remarkable oasis, this seemingly bottomless conveyance of oddball artistry that led me to apply to Upsala as a student. But hell, "Confusion"? What a shit song. So what that it was New Order, who had been Joy Division? What a trite lyric; it sounded like a dumb dance song that someone had dreamed up in 30 seconds; like I'd heard it before, and didn't need to again. If this indeed was the same personnel (I regarded even that fact with some skepticism), it was a rapid and perilous downhill slide from "Atmosphere." Shit. I just had to get that said; it's been so long I've been holding that in. My bullshit detector is set on "ridiculously intolerant," and I never, not ever, worship my idols blindly. You're only as good as your last achievement. I expect no less in return.

Personal note, to listener Rory >>> I can't say that the Texas Chainsaw Massacre soundtrack is really worth owning; I got it this week as a burn, and I'd say "good," but not "great." See if you can get it cheap. It's sort of an artifact, as much or more than an OST. I didn't want you to think that my playing it was necessarily an endorsement to purchase, and then be left shouting "Bergerrrr!" on a street corner, your fist shaking at the clouds.

Next week, My Castle of Quiet is proud to welcome Profound Lore recording artists Castevet live to the airwaves. Outstanding NY black metal!