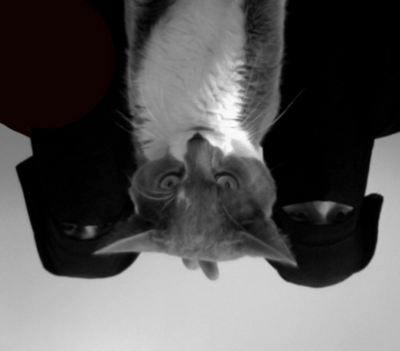 Regarding Prison Tatt records, there are releases which have not before this moment been announced, or remain unannounced, often at the artist's request, since I'm usually the one who wants to spill the beans.

But the floodgates have opened a crack, perhaps more, and I'm proud and eager to tell you all of some forthcoming releases not yet listed on the initial canon, still posted as is at our regular Web home at http://prisontatt.com/.

Two great leaps that fell together at about the same time are the one-sided LP by Sesso Violento, a minimal/black metal/crust & noise combo from Complexo do Alemao, a prominent shanty town in Rio de Janeiro, Brazil. Their first, self-titled release will be out on tape soon, released by the band, and it's these tracks that prompted me to offer the band 17-20 minutes to stretch out and release some new recordings through PT. The response came, "we could record 15/20 min of pure filth for you."

Also on tap to be released very soon is a new full-length by Dhampyr, a one-man project recently expanded to two, and currently making some of the most innovative, sounds-like-no-one-else, dark, mournful, atmospheric black metal around. The tracks and various releases of Dhampyr, many available for free (!) download at the artist's personal blog, run the gamut from staggeringly good black-metal song composition to meditative, gloom-laden ambient black atmospheres. You can preview two tracks from the album, to be titled White Fire Laudanum, here. If you're familiar with the previous Dhampyr release Spoiled Nostalgia, the new full-length (just under 50 mins., to be issued in an edition of 300 on digipak CD) seems the next logical step from SN's powerful song-craft and creepy textures.

Out in hopefully a few weeks or even less, the Xesse one-sided LP by T.O.M.B., which I can say without reservation or bias is some of the most frightening, unsettling music that I have ever heard. I couldn't be more pleased to be unleashing this phase of T.O.M.B. upon the world; it's a large and impressive slab.

Following shortly thereafter, CDs of all-new material by KILT, Dhampyr, and Chaos*Majik. Stay tuned, and thanks for your support.

FYI, we have about 13 copies left of the Grasshopper one-sided LP, and a good 2/3 of the OPPONENTS pressing available for sale, that latter title available for a very reasonable $10 domestically at our Web site.

Much later this year, summertime and beyond, look for other previously unannounced releases by local favorites Isa Christ (!) and Creeplings (!)—I think I can say that. (!!)

Posted by WmMBerger at 9:31 PM