Screen Capture(s) of the Day 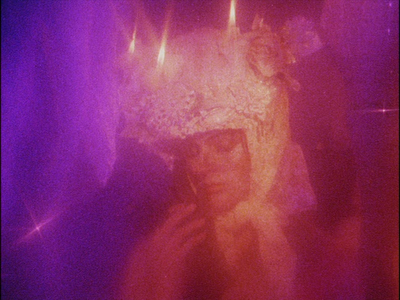 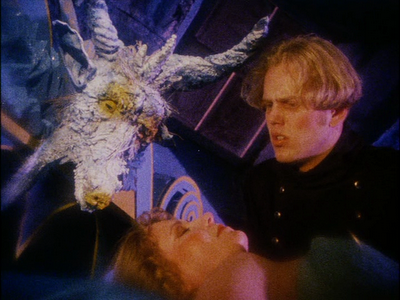 I've been waiting years for Guy Maddin's Careful to come back into print on DVD; I had never seen the film before, and it did not disappoint in its consummate weirdness and exquisite, labor-of-love production design (also rendered by the director himself.) Maddin was clearly inspired by both Kenneth Anger and the Kuchar brothers, but also by the German Expressionists (and by the unique obsessions bubbling in his own head.) Maddin seems disarmingly normal in the 60-min. documentary also included on the disc, though he does at one point talk about submerging his characters in a bog of blood, sperm and crystal. The newly remastered Zeitgeist DVD also features the wonderful short film, Odilon Redon or The Eye Like a Strange Balloon Mounts Toward Infinity (see below.) See more on Maddin's page at The Auteurs. 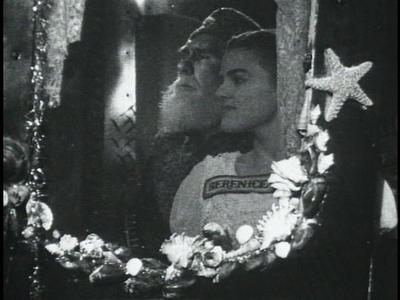