However long the day it still ends in the dark

Daddy likes his "dragon music," and Daddy likes Cape of Bats a whole hell of a lot. When you connect with a band as people, and find those people to be as amenable as the work itself, well that's just about as good as it gets. So genuine and unassuming in person in fact, that it adds weight to the band's incredible chops—in playing, in songwriting, in arranging; the care shown to every recorded piece, every live rendering...I could go on, and I will, for a bit. Their songs (written mostly by mmrs. Cassidy & Francis(?)) average 2-3 genius riffs per 2-min. opus, everything used sparingly for its emphasis and then quickly discarded, or perhaps revisited (sometimes in terms of a variation on a theme), solid bass and rip-roaring melodic-metal leads worthy of Mercyful Fate keep level the deceptive chaos, and occasionally the two guitars opt for harmony, and when it happens it's ecstatic. Punk 2/4 maintains a forward careen for the most part, except when things suddenly break for a few breaths, and a different statement gets made.

Some people cannot even approach black metal, or punk for that matter—it all "sounds the same," is too noisy or "absent of melody"—well, Cape of Bats are proof that in the best bands, there is a fuck of a lot going on, there's a GODDAMNED PLAN to the proceedings. These people are deliberate, whether by nature or by meticulous planning, doesn't matter; everything from a brief acoustic-and-synth break, to the overall aesthetic presentation of the band, has coherence and purpose. Part of the reason I continue to love black metal is its malleability; the potential shapes made by talented individuals of the genre's basic stuffs seems infinite.


Stepping down off pulpit... exuding charm and gaining praise also were Nick Cave (a perennial) | Dark Blue (hopelessly addicting) | Wounds ...I quite enjoyed Finnish d-beat dirge form Incriminated (thanks Andorkappen, for the tip-off) | new Red Mass | new Wet Ones ...ahh, I pretty much love the whole thing—otherwise, why do it? Not for the glory. For me, and for you. Speaking of rewards, it seems timely to mention that WFMU's 2016 two-marathon fundraiser soirée begins in LESS THAN TWO WEEKS, always great listening that sounds more like a party than a "fund drive." I've got a primo premium planned; Anthems, a collection of themes from classic videos games, interwoven with "kvlt" dark ambient and some inspiring classical dirges. Perfect listening for a moonlit survey of your kingdom.

Two great co-hosts are on deck as well (won't spoil the surprise), and I'll be privileged myself to co-host / MC two excellent programs. DO JOIN US! 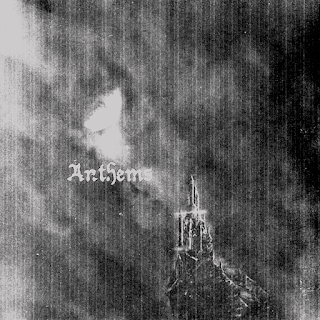 Finally, as an extension of the movie talk with CoB members last night, wanted to share a link to the great Spider Baby, and also emphasize my recommendation that listeners see The Houses October Built, a film which got better for me on second viewing, and while a perfect piece on conception, execution (literally), visuals and scares, if they had only painted a more-interesting cast of someones besides the humorless douchebags we get, who seem to be the wrong people entirely to take on this particular adventure, we might care when horrible things happen to them, which I think is supposed to be what happens. ...

Hear's this week's full horrorcast™, with Cape of Bats complete set, by clicking up top on the image from Ich Seh Ich Seh (aka Goodnight Mommy) (The literal title "I See, I See" being so much more appropriate to the story and generally compelling, but hey, that's world cinema dumbed down for the punters!) Enough. Click on the creepy kid in the mask with the candle to be transported to The Castle's Great Hall.
Posted by WmMBerger at 4:00 PM