Slightly waning, but I think werewolves can still change. 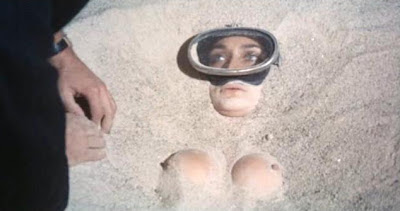 "Everyone needs it—Carotine!" I'm often thinking of song rewrites for advertising, etc., and that's what's been running through my head today. A dormant talent, one that I probably could have cashed in on long ago, were I the cash-in type. "Kerosene" is one of those songs that just never gets old, in fact, if you're sick of hearing it, ala "Stairway to Heaven" et al., there must be something WRONG with YOU. Big Black's "Kersosene" is a funky, raunchy and hard-hitting postcard of small-town American angst. A "danceable solution" to 20th century inertia, entropy and rage.


That entropy followed us into this century, though the energy on the street tells me that people are doing one of two things—they're either getting richer, or, for the majority of us, becoming even more pissed off and restless. Just have a look at what's been happening in Mexico, if you have any doubt.

On a personal level, I certainly haven't had a satisfactory night's sleep since the thermometer broke 88°F, and that changes your lens on everything, generally for the worse, though one does get to a point of "acceptance," where you come to resign yourself with never feeling quite well, the stinging eyes and mild hallucinations, etc. ... Unrest—rather than lack of rest—gives me a reason to get up in morning, and globally, things are moving beyond malaise and frustration, into action.

And yes, I've been playing more hardcore on the show these days (though it's always been there), mostly because there's so much great hxcx coming out lately, and also because it helps a lot with that feeling of wanting to run around, leaving Wm.-sized holes in the walls everywhere. Their rage and dark, detonating energy makes mine feel more "acceptable." FTW~!

Noted in the playlist comments were Salvation, Anu, the aforementioned Big Black anthem, Alma Negra (just look at that tormented youth in his KISS t-shirt!), the dulcet moanings of Forlis, and Alberich (live video at that link.)

Also want to say a special "hi" to my new friend Stefano, whose project Spettro Family references Italian horror and Giallo soundtracks in all the right ways—quite-pleasingly reminiscent, while not being repetitive, overtly derivative or "retro." I hope to get down to working on a collaborative track with SF in the coming week.

On that topic, I've been reminded recently that I do create sounds of my own, so accustomed to the role of curator I've become (and quite honestly, that's my "comfort zone"), with an invitation to play live and solo (eek!) at the Voice of the Valley festival in West Va., Aug. 17-19. More info at that link, but many friends and Castle favorites are also performing, my set coming up third on the "big stage," early evening on Saturday the 18th. Looking forward, and trying to prepare something that will actually entertain a few people!

Also want to take this moment and space to say to all the artists who've sent me music and have received back a positive response, first of all thanks, please know that I AM listening, and I WILL play your recordings in due course. No need to ask if I've already said "I like it." I could very easily fill out two shows a week, or an in-the-moment 4-to-5-hour broadcast, with all the material you've very graciously sent. I do however enjoy the challenge of letting my natural filter take over, and telling me what will make up the too-often fleeting 180 minutes on any given week's program.

And speaking of hardcore, we return next week with Divorce Money LIVE, don't miss it!!

Click on the still above (those tits don't seem quite attached, do they?), from The Blood-Spattered Bride, to reach the audio-archive options, playlist and comments board for this week's horrorcast™.
Posted by WmMBerger at 2:52 PM