Wm. Berger got me from point a to point b, and beyond. 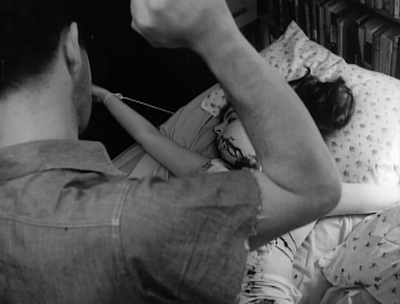 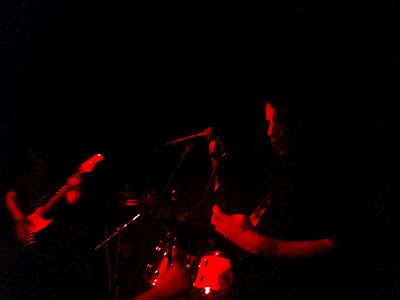 ...and that there's the testimony of just ONE satisfied MCoQ listener. MCoQ lifts, separates, scratches that itch, quiets the neighbor's dog down, and will help the end user hop from era to era, decade to decade, with only minor technology loss (ya gotta expect some.) This here's the music that gets played at your home, and sometimes on the radio, but not nearly enough, and in some cases never, but you can count on My Castle of Quiet to be "another person like you" in the world. Those who are unafraid to admit that they like a bit of that once in a while.

Music, music. Without a proper foil, a rubbery co-host to bounce off of, I'd just assume lay in deep with the endless piles of music I have to play. Some of this material has been following me to the station every week for close to a year, so it's cool to just kick back and actually play some of it. There's and endless river, starts at the top and ends at the bottom, full of great black metal, noise, grind, sludge, doom, horror soundtracks, and trailer audio to last several eonic lifetimes. The world weariness of an old vampire sets in just thinking about it.

The 22-min. Ashdautas song that fills their side of the new split with Bone Awl, on Crepusculo Negro. It's thoroughly incredible, and the BA side is especially ferocious, too.

Wretched Worst, from the Sisters' Piss II cassette. If you follow this radio show at all, WW should be known to thee like the magazines in the john. What a great band!

Tracks from the new collection, The B-Music of Jean Rollin, on Finders Keepers.

I thought it would be interesting to do this post after seeing the Bone Awl / Negative Plane / Villains show last night, as I'd likely be riding high, and a little hard of hearing. It was cool to hear Brandon from BA talk about the importance of radio, radio that "cares about this [type of] music, 'cause there aren't many." I need to hear that, and often, especially from someone like Brandon, who has worked incredibly hard for the last decade to put things out there, and help build this incredible network of do-it-yourself black metal people, labels, bands and fans, the true believers, those who will remain when the ashes of trendiness have blown away.

It helped me to remember that I'm not in this for fame and excessive notoriety, either, but for the love of the music, music whose fans do not number in the great many, nor are they the most monied, but they are the true believers, ardent and full of strong opinions and support for the sounds that provoke the most genuine emotional reaction in them. I speak of whomever it was that body-slammed me last night, the kids who crowd the merch table, and I speak of thee, Castleheads, and beyond, as our numbers grow by the week.

As far as last night goes, Bone Awl were in top form, and did a set that mixed new material from the split with some "hits" from their other full-length releases. Duly impressed and sore I am. Also amazing were Negative Plane, a band that's hard to describe, very powerful, very intricate, as Brandon put it, "black metal that is as if the Norwegian scene had never happened...purely American." Long songs, and a front-person in common (purely by coincidence) with Occultation, who will be our live guests on the April 26th/27th broadcast.

Sooner, next week, exclusive, pre-recorded sounds from Philippe Petit, who also tours our area around the same time; watch this space soon for more detailed info on Philippe's recording (donated to WFMU and MCoQ) and his upcoming shows. Facebook event listing.

For now, you may click on Roberta Findlay, in better times, from the film Take Me Naked, to access the playlist, comments, and audio archive of this week's horrorcast™. Also up top- one of my lousy photos of Bone Awl from last night's show. In my defense, I was in my defense as the picture was taken.

Posted by WmMBerger at 5:20 PM