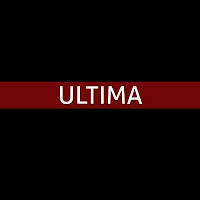 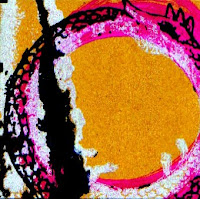 Bob Bellerue does not signal his own call to march often enough—hell, he does it hardly at all. When I cruised down the discography page on the Web site for his label of many years standing, Anarchymoon Recordings, my reaction went something like, "Bob put out THAT? And that? And that, too?" It's an impressive catalog, with narry a dud in the bunch. Anarchymoon released Justice Yeldham's Birthdays LP, before I even knew who Lucas Abela was, and a similarly significant one-sided LP of Blue Sabbath Black Cheer's working of New Blockaders' source material (that last one I believe is unfortunately out of print.) "Anok" (affectionate short name) also released The Smell Remains the Same, an LP collection of Smegma's 7" material, singles crafted when they were wrestling with the Pac NW's baggy shorts cock-rock commercial revolution. And on and on the list goes, up to the present day, where Bob is still releasing vinyl and CDrs of carefully chosen, thoughtfully manufactured monuments—"putting out good music and good art, otherwise no rules apply." These items are exquisitely packaged, with sonic value to equal their housing. I'm rambling in praise mode for sure, but I mean every word. Bob's newer releases, in particular the Ultima LP by Cornucopia, Puerto Rico's gods of rumble (tracks can be sampled in recently archived broadcasts of My Castle of Quiet, here and here), and Lepidoptera, by organic dronemeister Brown (Jeremy Long of Tecumseh; hear a track here), are on the market and worthy of your dollars; great-sounding vinyl, mastered, pressed and packaged with an archivist's care.

Reaching back into the Anok catalog a bit, many a Castle favorite can be found; the subtle improvised renderings of KILT and Mesa Ritual member Raven Chacon (listen here), the dynamic collaboration between Bob and Francisco Meirino (aka Phroq) (track here), the dense and articulate hard noise of Tom Grimley (listen here), the Terry Riley-like Amplified Piano Duets between Bob and Jarrett Silberman (track), KILT's Snow White in Hell, the Roman Torment/Feed the Dragon split LP, and Redglaer's American Masonry, amongst quite a few others, all delicious treats in the realm of improvised noise, drone and sound art. Most of the releases are short or limited runs, and won't be around forever.

Bob has spoken lately of putting Anok to bed, and moving forward with short-run releases only, on his new Sleepy Hollow imprint. We're all quietly hoping Anarchymoon keeps on keepin' on.

Thanks for the music, Bobby B.

Posted by WmMBerger at 2:46 AM