Yessss! It makes me vomit too! 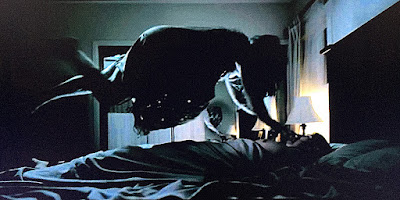 A lot can happen in a bloody fortnight. I come back to you somewhat transformed, from a grouping of events that run the spectrum from "that really fucking sucks" to "life-changingly, unexpectedly amazing." I jawed enough about stuff & things last night; better y'all just listen to the archive, than that I start dipping my toe into repeating color commentary logged in a spirited fashion during our broadcast. ...

Coming back after a week's absence from the air is like "shooting Castles in a barrel" for me; I get easily and compulsively overloaded with ideas of music to play, set construction, etc. I've had compulsions far worse, to be sure! The constant flow of great new music makes it very easy as well. I'm really about 2016, what's happening RIGHT NOW, rather than opting to wallow in familiarity and nostalgia; what's been there will always be there, but what have you got for me that I haven't heard before?

So, with that two-week, lust-building exercise in mind, it would be a bit ridiculous for me to pick favorites, because even more so than usual, last night's playlist was chock full. I do want to point to some outstanding recent releases by Crowhurst, Sonic Poison, Straight Crimes, and Vasculae. Castleheads remarked upon selections from Iskra | Burnt Skull | Bleak | The Jon Spencer Blues Explosion ...

Our capture this week comes from a short film entitled Hag (see below), part of the somewhat-uneven but ultimately quite satisfying comedy-horror anthology Monsterland; click on that little moment of love paralysis up above to reach the streaming audio, playlist and listener comments for last night's horrorcast™.

Posted by WmMBerger at 3:51 PM