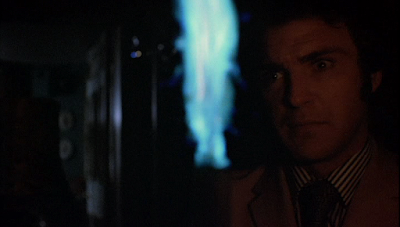 The first half of last night's horrorcast™ was pure movement-over-land, careening like a stagecoach, muskets whipping & clacking into the air, hooves hammering the dust. ...Endurance! It's no small feat rendering ~22 shorter-duration selections in 90 mins., cueing up tapes (stopping at one point to switch decks mid-song), records, mp3s...I felt a bit like the "morning guy" at some mythical, alternate-dimension "AM zoo" station, out of time and out of step with anything happening in the real world, but pressing on urgently regardless.

Again this week, seconded & thirded high praise for Cape of Bats, and if you like My Castle of Quiet (meaning you're *sort of* like me, in the broadest sense of course!) you're as taken as I am by their dark, encrusted, Transylvanian, rockabilly-infused emanations. It's some cold shit, and they're dropping a new, full-length album later this month.

The new Tyrants of Hell (cassette on Wohrt; digital album also avail.) has been getting great reactions too; I'm working through it one song at a time, and an older-favorite single on Legion Blotan by Styggmyr ended the ride, chests heaving....

Other personal highs included:  Furdidurke | Unspeakable | DA (new LP!) | Horoscope | Decades / Failures | new Mick Travis on Midwich (quite taken by all the Midwich releases this year, just in general) | a great Total Life piece | and one selection from the excellent Slowdown by COMPACTOR, who will be our live, real-time guest performer next week. [COMPACTOR Facebook event listing]

And no, that is not Harvey Keitel above, though it could be if you looked quickly and disregarded the actor's nose...instead a moment captured From Beyond the Grave, one of the great Amicus horror-portmanteau films, with a cast to impress. Click there to reach the playlist, streaming audio & comments for our show.
Posted by WmMBerger at 4:21 PM