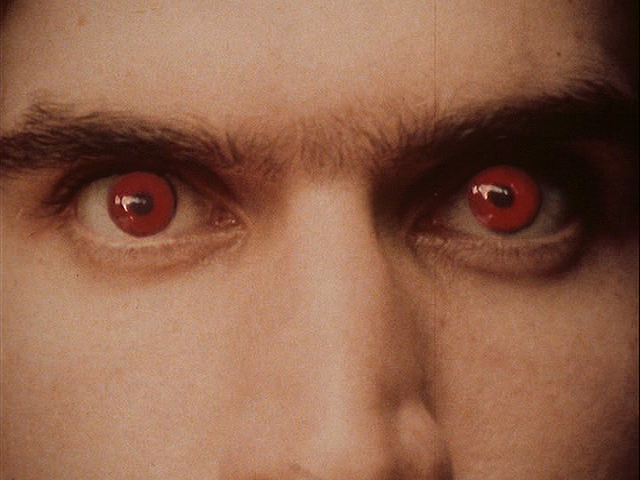 Damned Damned Damned was my first UK-punk record purchase. I brought it over to Mike Craig's house, ripped off the shrinkwrap, said something like, "look! punk rock!" 'Twas all very new at that time, you see.

Everything about the album sung the heady promise of something we were very ready for—songs that energized, going straight for the gut, deftly written and executed, complemented by Nick Lowe's very "you are there" Basher production. The whole record felt so alive, and easily transferred that feeling on first listen. And that cover—with the band all licking pie off each other's faces and hair—it was a little bit disgusting, so bold, and unlike anything Mike and I had ever seen before. Who were these disaffected Brits? A new plateau of cool for us to aspire to.

My long way of saying that the post-theme opener of "Born To Kill" curried a quick flood of comments on our playlist, and yes The Damned have proven to be timeless good music, with contemporaries of course, but without peer.

Also noted on our relatively "quiet" playlist was an excellent, new track from Planning For Burial, from the split 7" with Liar in Wait on Broken Limbs Recordings. With a monumental Laster album soon to drop (on 11.4; fulfilling and exceeding the promise of their EP), and a new Caïna LP coming soon as well, plus loads of other great releases, BLR is without question a label to watch. In a post-Lifelover world, it's gratifying to see that (for serious lack of a better term), post-shoegaze black metal has found an extraordinary voice in bands such as these.

I was personally pleased to give Venowl's "Vacant Cellar" its WFMU debut (from a new split tape with the also-outstanding Highgate; sold out from the band, but still available from Tartarus Records), as well as new tracks from Cara Neir (Venowl split!, also on BLR), The Gate (new quintet LP), Side B of the amazing Uniform 12", a new track from FRKSE (Husere Grav split LP, on Divergent Series), and a song from the great, new 12" EP by Ahna.

Please remember that WFMU is fundraising until the end of October; you can support the station's effort to fully equip our new, ground-level performance space, Monty Hall, get swag, and nominate your pet for WFMU Mascot status. To pledge directly in support of My Castle of Quiet, see the white, rectangular widget above this post, it's sooooo easy, and huge thanks to those who have pledged thus far.