Listening from the soup line. ... I gotta do Illegal. 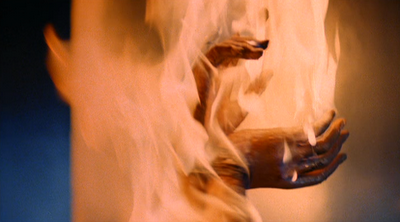 So much to say. The accolades for the My Castle of Quiet show* continue to flow in, from new converts as well as long-time listeners. I swear I get at least three emails per week, mostly through Facebook, in addition to a weekly avalanche of positive playlist comments. Which reminds me, if you haven't already, please join us at the MCoQ Facebook Group, for additional commentary from your host, notices on upcoming events, and ridiculous photo uploads. Members are more than welcome to participate as well, provided that the material is "Castle-friendly," i.e., not the same crappy forwards you see everywhere else—and please keep it relevant to the show's content, if I may be so bold. (I will remove impertinent and/or irrelevant posts.) And * by the way, I'm not bragging, but per some of the statements I made in last week's post, which continues to inspire a flow of support (thanks!), it's a wonderful feeling to have ever-growing listener support, especially when the very station that fosters the show's existence seems hell bent, again and again, on denying MCoQ admittance to the "prime-time" club. In my view, the focus should be on quality of programming, not whose turn it is. I work LAMF on my show, I can tell just by listening who does and who doesn't, and that should be the criteria, not how many times a staffer has racked up volunteer brownie points, and/or waited patiently to be on after work and not too late. Even more important than getting to sleep at a decent hour, which is what everyone wants, I want to be on when folks in the NY area can hear me in real time. I'd be napping right now, if they weren't digging up my neighbor's sidewalk with a backhoe. I'll back off of this topic, at least until the next time Crap Rap with Shmoopie and Moopie gets a prime-time slot, and I don't.

The world is designed against sleeping during the day, by the way, and by the very attempt of such an act (as I do every Friday), one is immediately ostracized from society (all the GOOD folks are at work!) There's also a lot of fucking NOISE going on in the world, and not good noise like Demonologists, either. Even in Suburbia, there's infrastructure development (read: the result of corrupt real-estate deals), trucks, loud cars, and a lotta guys just yellin', 'cause it's the middle of the fuckin' day over here. So, instead of sleeping, I usually end up doing battle with the elderly in a variety of scenarios—the pharmacy line, which exists only to serve their whimsy of imagined prescriptions that may or may not be waiting there, shopping-cart attacks aplenty (I say "EXCUSE ME" so loud that even their feeble ears can hear), and the worst of all—the phantom farting (when you can no longer control your sphincter release, stay the fuck home, please.) My 98-year-old Grandma, dare I say, was an exception, she had 100% of her wits about her right to the end, and also had people to do stuff for her. What's with all these lousy adult children who stick Gradmama on the bus to go and get all confused and flustered at the Mini-Mart? Oh right. Those GOOD people are at work, so their elderly (and potentially deadly, at the wheel) parents are on their own. Workity-workity-work. Makes the world go 'round, so our "progressive" President can think of more things to ask God to bless in his speeches. "Religious vomit," indeed. I'm not even that mad, you see, just indignant at the lack of justice everywhere I look, in every situation. It makes me do what I'm doing right now, which is, I acknowledge, kind of firing in a spray formation at the whole money-God-football bogus propriety of our ridiculous social norms.

When I'm really mad, I can't even think or speak, much less type. I'm white hot and I want blood. What you witness here is merely "mildly irked."

The juxtaposition of her soft, malleable flesh, against the cold immobility of the sheet metal-covered walls, was a striking contrast. She begged for her life, they all do, and it strikes me that serial killers are a cowardly lot for the most part, never giving their captives a fighting chance, and often plucking the same from the world of street prostitutes, easy prey to say the least, and the least likely to be missed (though some of them have a good fight in them, IF they are able to see what's coming.) As the oh-so-quotable Jello Biafra once said, "trash a bank if you've got real balls." And there are so few out there with real balls, people who will look you in the eye and tell you the truth, and all of it at that. Don't Go in the House, for which I had high hopes, as an "undiscovered" gem from the golden era of trash filmmaking, turned out to be not much more than a lesser Maniac, and instead of the great Joe Spinell, an actor of immense range and versatility, we get a perpetrator who could have been an extra on Welcome Back, Kotter.

On to the show, accolades for the second week in a row went almost solely to NRIII, a band that has reached a striking plateau in their work, and their new CD (that's right, kids, noise CAN work on one of those dreaded compact-disk thingys, despite aggressive scenester insistence to the contrary) is a visionary, innovative work, that largely defies categorization. I cannot stress strongly enough that you support the band and pick up a copy (if you love The Castle, you're damn sure gonna love NRIII.)

We opened this week with two new tracks from Nuit Noire, one of the bands that in my mind best defines the MCoQ aesthetic, and I've played their stuff constantly since the show went on the air. They're punk, they're black metal, but most importantly NN is a band that will outlive the trendiness of any genre, and make music that crosses many barriers, and they certainly get a lot of play in general from the diverse programmers of WFMU. They're ambassadors of the dark, but also of the gentleness of the night, and their "message" is idiosyncratic, phantasmagorical but also ultimately positive—a potential no-no in black metal, but who cares? The songs are pounding, catchy, and almost always hit the right note with their ever-growing group of listeners. Their new full-length CD (there's that pesky, ostracized format again), The Gigantic Hideout, is available by writing directly to the band (tenebras795@msn.com) for a mere 7€ postpaid, worldwide.

Thanks as always for listening, and for reading my diffuse, rambling scribble. You may click on the bound and burning wrists of misguided love, to access the playlist and audio archive of last night's horrorcast™.