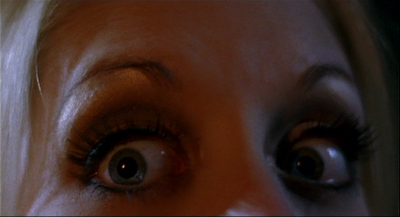 WILD show last night. I was deeply distressed about some matters relating to Prison Tatt Records, to be completely frank, it boiled down to a second set of lousy test pressings from Rainbo in L.A., on a record I've been trying to release for months now. My mood of combined disappointment, frustration and anger was provoking all kinds of emotions, prompting "last show" threats, "I will die tonight" promises, and other assorted anger-turned-inward emanations. Regardless, I soldiered on, and thanks to FUN providing some excellent special programming, some devoted listeners in PDX and elsewhere, and my own unstoppable passion for doing the My Castle of Quiet radio show, it turned out to be one of the more intense, roaring Castle broadcasts in recent memory. Fuck it, you know, I GO ON, and if I can't let it all loose on the Castle, where then?

Major praise went to our special guests FUN, and their endlessly inspired and creative approach to their music-making. Their two sets will post to the Free Music Archive within a fortnight, via my curator portal there, and maybe on Beware of The Blog as well—still unsure, though, as the new "two paragraphs and then fold" rule has me a bit bugged. I'm a big advocate of quality over quantity in all things, and don't really like working as hard as I do on my posts, only to have them truncate on the home page, after the now-requisite 2/3rds of a page maximum, before providing a continuation link. My personal feeling is that many a great post will get lost in the Bloomberg-TV-like clutter; hell, I almost missed Steve Witchbeam's GREAT post this week on Technicolor Skull. Gotta look hard and careful now, folks, though the powers that be @ BoTB seem to love the new format. I've also got a "10 horror films and year-end music list" post brewing, which I know are much-anticipated by our reader-listeners; remains to be seen where that will land. Beware of The Blog is so heavily trafficked, that it's tempting to post everything one writes there; as an author, one knows the greatest amount of possible readers will in theory see it. As followers of WFMU in general, I'd be really interested to know YOUR thoughts on this general topic.

In addition to FUN's two raucous and sonorific sets, major praise was extended via the playlist comments to a great many selections. They were: Moondog's mournful "All Is Loneliness," perfect for the season, and of which we heard two versions; Two tracks from Hæðenfolc by the mysterious Satanhartalt, pricked up ears, and came to the Castle thanks to our good friend Todd Watson; two selections by Ov, another great project brought to us exclusively on cassette by the Primal Vomit Records label, man that tape kills (two copies available, by the way, though not yet listed, from the Prison Tatt Records distro, which carries most of PVR's releases, including five copies of the deluxe new Pest tape, all titles are $7 ppd in the continental U.S.); and lastly, a seasonally apropos piece of mid-60s improvisation from Angus & Hetty Maclise, truly stunning, from a new LP of old recordings, Dreamweapon II (sold out, of course.)

Most gratifying to me personally, on a night when I really needed some good cheer, was the suggestion by some Portland, OR-based listeners that some My Castle of Quiet listening parties be held at a venue in their area. Wow! I'm deeply honored, I hope it happens, and it goes a long way toward proving that many devoted listeners really do get a lot out of this show, look forward to it every week, and would miss it if it were gone. I can only hope, that in addition, the powers that be at WFMU are picking up on the continual and cumulative appreciations for the show, and that I have a long life to look forward to on their airwaves.

Surely, I will see you, or more precisely, you will hear me, next week. My death threats were empty, as per usual. In the meantime, you are cordially invited to join our Facebook group.

Posted by WmMBerger at 1:50 PM