putting the BLACK in Black Friday! 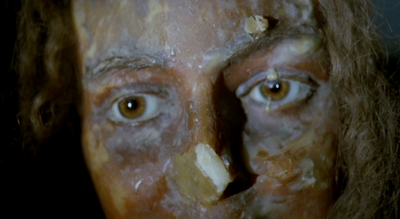 Two listener-friends of the My Castle of Quiet program were discussing the show, and myself in specific, yesterday on Facebook. (I was privy to the conversation because I was tagged in it.) One of the two posited that I was perhaps "put through the ringer" by WFMU over my program, the things I dare to say, the music I dare to play, etc. The truth, however, is far, far worse—I am almost completely ignored! The occasional or frequent greatness of the show (depending on one's perspective), its challenging programming, contributions to the ever-expanding MCoQ curator page at the Free Music Archive, and the unique, devoted and highly specialized listener base that I serve, are mostly, sadly, non-existent in the eyes and minds of the WFMU powers that be. This then, is my "punishment," not to be "put through the ringer," which would lend the show some significance, at least, but to be a distant blip on the station's radar, like Pluto—maybe not even a planet.

No, the next step for me is likely, and eventually, off the air completely, either by determination of the powers that be, finally swatting that pest off their shoulder, who keeps asking, undeservedly so, to be back broadcasting in east-coast prime time, or, by my own very choosing. Show-i-cide, because one can only continue in this situation for so long. Instead of being between a rock and a hard place, I am sandwiched instead between my loyal and appreciative listenership (who, let's not forget, raised all of my $1,000 goal for WFMU's stealth fundraiser in the month of October; so at least in the case of MCoQ, the station's fundraising "experiment" was a complete success), and you reading this, and tuning in, either live or in the archives, are a BIG part of why I continue to do the show, make no mistake, and then there's the other piece of bread, an almost complete lack of appreciation, significance lent, or sincere acknowledgement by the program's parent organization.

One needs only to view my weekly comments board to witness that I must be doing something right. And these comments get fairly specific, and it's clear that I have to a large extent reached my public by what they say, so in this I am satisfied, because when the show itself is long gone, replaced no doubt by a safer, more "WFMU-type" show, styled almost solely using materials from the station's new bin, (and sorry, but if you're doing this, you are barely trying, dear colleague) I am satisfied that this show will be remembered by all of those who truly enjoyed it, supported it, and nurtured its existence over the years. And it's largely for them, and my own personal enjoyment, obviously, that I am not packing things up just yet, as there is still more work to do, and more great music to represent that inasmuch has no other voice on radio, terrestrial or otherwise.

Aside from the grousing session, I must note that much appreciation was given this week to the new CD by NRIII, Solus Patoir, a magnificent full-length from a band that I knew from the first time I heard them would reach such a plateau. And this is part of the joy of My Castle of Quiet, sharing a real camaraderie with upcoming artists of a rare stripe, and feeling as though I give a voice to the fringe, where such a focused and urgent voice would not otherwise exist.

Thanks as always for listening. I'm quite proud of this week's screen capture, from the film The Sister of Ursula, a quick, bizarre and unexplained insert that itself lasts only 1-3 seconds, and required some pause-button mastery to ensnare. Click on it, to access the audio archives and playlist for this week's horrorcast™.