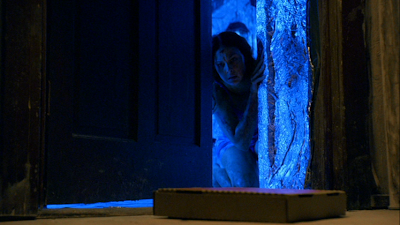 In the world of Vikings, I most surely would have been the stenographer, which sounds easier than it was. Granted, you're not raping and pillaging etc., but you do have the pressure of Erik the Red over your shoulder, hilt at his side, saying, "I don't think you've got enough of ME in there, brother."

Get the pizza, Agnes. Get the pizza! Click on her fast enough, and you might just get to the playlist and streaming-archive page for last night's off-schedule horrorcast™. Thanks to Professor Dum Dum for asking me to fill in, and to Der Blumin for keeping company. My metal hat all battle-worn, I will probably relax with a bathtub full of noise this coming Wednesday....