Listening amongst the hipsters 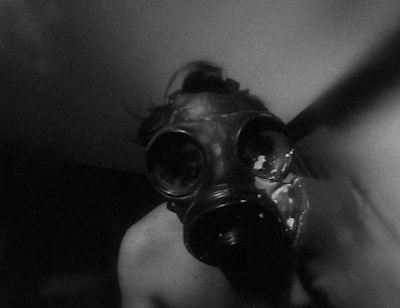 I promise not to get preachy this week, at least not here. Getting preachy, it just wears me out—do I get a few "Amens"? Sure. Do I change anyone's mind? Almost definitely not. Most have already chosen a narrative (or wisely chosen NOT to choose a narrative), and my singular voice is not going to take down political correctness or flip anyone's script in a single blow, or even a few blows. Life experience will get you there, if at all. Many seem so married to hard-left or hard-right stances, at least those are currently the loudest voices, not realizing that all the nuance (not to mention most of the population, here and abroad) exists in the massive grey area in the middle, the unconfigured soup, the lengthy festoon that hangs both between and connecting the fixed obelisks on either side.

Did I get preachy after all? Ah well... news a of a Tarantino-ized film adaptation of the Manson story has me riled, and I'd rather get mouthy about film at this point than social politics. I'm displacing, please excuse me.

This week's horrorcast™ was "dirty," so said The Countess, and yeah, I was working out a lot of stuff, with a big fat dose of grind, and noise...and thanks to everyone for not only indulging, but encouraging, my ongoing weekly Butthole Surfers time-capsule, because ah, it just seems so like the right time for that.

Other listener favorites included: the great Theologian piece from the Rise William Rise v/a collection | always stellar improv from the unclassifiable Moth Cock | older & newer favorites from Bleak, Vexx, Irradiated, Screech, The Kill, and Friendship. Also, always happy to share anything by Jason Lescalleet | anything by Bloodhammer | Panos Alexiadis | and the new Sects on Oxen.

Enjoyed the lively discourse on cult film, New Jersey towns, hipsters and other nonsense on the My Castle of Quiet comments board; always a distinct pleasure to engage with the tribe!

Live set from Screech on our August 8/9 show

Click on the gas-masked "pervert" from Michael Findlay's The Ultimate Degenerate to stream this week's full program. And for now, I leave you with this, the trailer for Joel Potrykus' Buzzard: