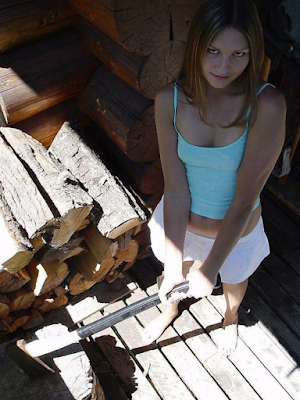 The inherent value of doing a radio show based solely around the 7" format is many-fold—to herald the labels that continue(d) to champion the format, in a non-hit-based musical underground, in the 1970s, 80s and 90s, as well as those post-2000 vinyl fiends, who continue to produce and purchase singles to this day. ...It's also damn hard for even the most mediocre of artists to make a BAD single. Almost everyone who at least attempts to make music has at least two good sides in them.

The format itself necessitates the immediate, strong statement, so WFMU naturally sounds different during Singles Going Steady week; each DJ is still doing their own, particular thing, but the listener gets more "booms" per set, in fact, it's almost all booms, which I guess is the idea. I should note that this is the first year I've participated in the annual, optional week-long fest, and I'm sorry for all the years that I stuck firm to my standard weekly plan, rather than diving in with zeal, as I did last night.

Castleheads spiked to selections by Drunks With Guns | Wretched Worst | Skullflower | Royal Trux | Scritti Politti | Haare | Atrax Morgue | Necrovulva ... and I'm surprised that no one asked about our atypical playlist image—not a movie screen capture, obviously. I received this picture of a ripe young gal, axe in hand, provocative glare in eyes, by way of a unsolicited phishing email, a "romance scam" if you like, and for some reason I saved it, and thought it had visual entrancement properties, and was somehow appropriate for this show; accompaniment for the program title Pitiful Portable Picnic Player, a phrase I often think of when I think of singles, A Clockwork Orange at this point encoded into my DNA.

Join us again next week for live music from Mortífera, a rare and special black-metal event not to be missed. Please also remember that WFMU is "silently" fundraising this month, and we're swiftly running out of October; My Castle of Quiet now @ 50% toward its modest goal. Huge thanks to those who have already pledged!

Posted by WmMBerger at 2:37 PM