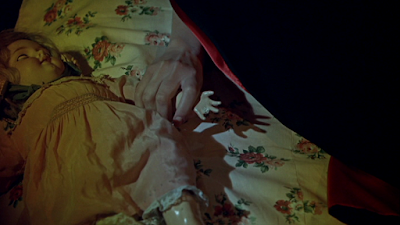 Something wells up in me every week, after so many years of doing this, like a nicotine fit of music I need to share. Such was the case last night as I hovered expectantly, BonChon Chicken (Korean style fried) of Jersey City providing some delicious, momentary diversion from my "keen to roll" state. After missing the pgm last week, and what with our show two weeks ago being built around the earthy bliss of Circuit des Yeux, what we got this week was a blast of "TRUE KVLT," much of it on cassette. ...

We confirmed that Veles were indeed from Poland (I was sure, but I feigned doubt) and I strongly suggested that you all see The Redeemer.  That was about it; always personally cathartic for me, and I hope engaging/energizing for the listeners.

One thing I particularly liked was the old Holocaustus track; Holocaustus and Flammentod being the same person (and both inactive since 2011), both projects' discographies worth owning, if you're a fan of stuttering, lurching, power-riff laden, home-studio European NSBM, which I am.

New tracks from Oppression, Kavra and Urðun stood out as enthralling listens, as did slightly older songs from Swallowed, Arizmenda, Glass Coffin and Harassor. GREAT new punk singles from Black Panties and Slugga ...In our last set, digital albums by Spiteful Womb and Throudos are currently in heavy rotation here at home.

That is all. Click on this week's still, from Dracula Has Risen From The Grave, to stream the archive, and see the playlsit of last night's horrorcast™.

Posted by WmMBerger at 2:30 PM