thank you for saving the radio 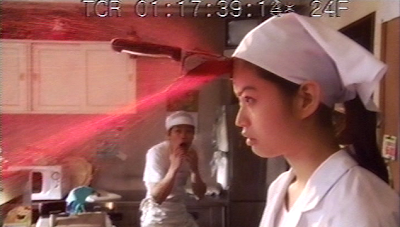 Every once in a while, the My Castle of Quiet radio program gets away from me, becomes sentient, and doesn't need my help to achieve its aims. Last night was such a night; and an analogy that might make sense to many of you...it's like hitting that "sweet spot" during an improvised music session, and you suddenly find yourself dancing just a few inches off the ground, and the "art," regardless of your hands-on participation, is much like Israel, in that it can well handle things itself. Ha!

Perhaps this had more than a bit to do with the fact that opening with "Reek of Putrefaction" (just one example, from a three-hour broadcast) chose itself, the idea-to-airwaves process temporarily airlifting me out of the situation, and as I type, I'm realizing that this is all just a long-winded way of saying I was "in the zone," but I do dislike falling back on clichés!

Playlist notices for vintage, live Black Sabbath, and once again, that phantasmagorical new LP by York Factory Complaint, Lost in the Spectacle.

Personal highs included a 2006 track by Swedish legends Unleashed | a track from the all-new Raspberry Bulbs album (!) | new Laster, on Broken Limbs cassette | an 11-min. compilation track by Hivelords (thanks, Dan!) | another song from the great, Zavod full-length | something from the Old Forest 1998 EPs, compiled and released on tape by Tour de Garde | a selection by terror-soundtrack-style maestros Mega Drive | Highgate, from the split with Venowl on Tartarus Recs. | and something from The Viewer cassette by Puce Mary.

Our still this week comes from Noboru Iguchi's colorfully absurd and bloody comic-book of a movie, Mutant Girls Squad, keeping the Japanese film tradition of "heavy flow" intact. Click on the unfortunate baker, to reach the audio archive and playlist for last night's horrorcast™