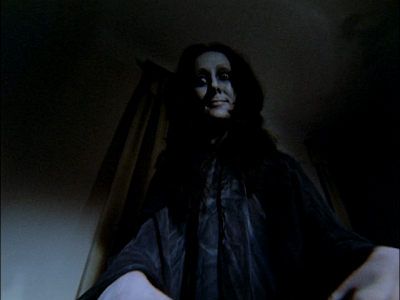 A couple of years ago, I ripped the cinelogue from an .avi version of this memorable and moody Spanish horror film—then editing down that file to include only the bits that featured music, so taken was I with Juan Carlos Calderón's score, a hodgepodge of grooviness that melds Piero Umiliani-like, jet-set pop with small-combo psych rock.

Vengeance of the Zombies was the product of two giants of Spanish horror/fantasy, Jacinto Molina (known internationally as Paul Naschy) and director León Klimovsky, who did some of their finest work as a team.

Posted by WmMBerger at 1:07 PM